More Than 50 Amazon Statistics to Know for 2022 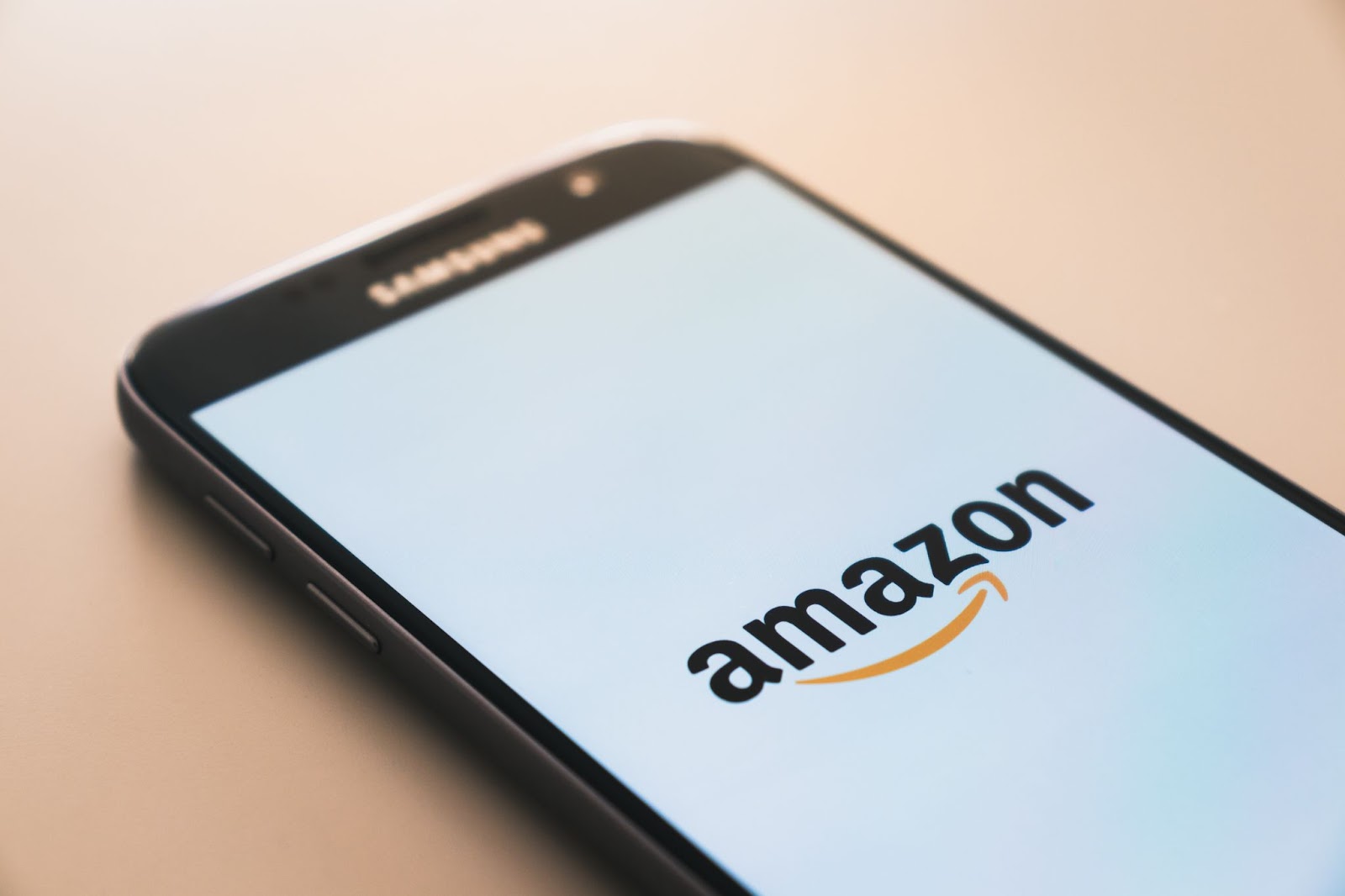 Since its inception in 1994, Amazon has become a leader in e-commerce. What started as a digital platform for selling books has grown to become a global behemoth, providing customers around the world with easy access to everything from dog food to home improvement goods. The 2020 COVID-19 pandemic provided the retailer with a push, as online buying took off.

Given the significant shift and resulting changes — both in the e-commerce market in general and for Amazon in particular — we thought it was prime time to dig up the latest Amazon data. This article provides fresh statistics that are relevant to Amazon customers, sellers, and anyone else who's interested in the e-commerce company's performance in 2021.

Amazon Statistics: How the Retailer Continues to Grow With More People Shopping Online Since the Pandemic

Given Amazon's dominance in the e-commerce field, it should come as no surprise that a lot of market research is available about the online retailer. From how much the average seller makes to how the company's stock price has changed, there's a lot of captivating data out there. We've sifted through the mass of information to give you the highlights.

In the third quarter of 2021, Amazon's net sales were $110.8 billion. ("Net" sales refer to gross (total) sales minus the company's allowances, discounts, and returns.)

There are more than 200 million Amazon Prime members worldwide.

One reason Amazon is so popular? The sheer diversity of its products. For consumers who value convenience, the e-commerce giant truly is a "one-stop shop," selling more than 12 million products.

More than 50% of consumers begin their product searches on Amazon.

Even if they aren't buying products on Amazon, consumers will still use the e-commerce platform for research. Exactly 53% of U.S. consumers say they start their search for a digital purchase on Amazon.

The company was founded by Jeff Bezos on July 5, 1994, and got its start as an online bookseller. Only later did it expand to include other products.

The average Amazon shopper in the U.S. is a married woman with a college education, earning more than $80,000 per year. This key target group covers two primary demographic age brackets: 35 to 44 and 55 to 64.

Launched in 2005, more than 50% of the U.S. population takes advantage of the free two-day shipping offered through an Amazon Prime membership. There are currently 151.9 million Amazon Prime members in the U.S., and that number is expected to grow to 168.3 million by 2025.

In February of 2021, Amazon recorded 2.3 billion visitors (desktop and mobile) worldwide. By June 2021, that number had grown to 2.7 billion.

Jeff Bezos Net Worth and Statistics

Jeff Bezos was 30 when he founded Amazon.

Jeff Bezos was born on January 12, 1964, making him 57 years old. He founded Amazon in 1994 at age 30. In February 2021, Bezos announced plans to step down as Amazon CEO later in the year. However, he plans to remain active in the company in the role of executive chairman.

Jeff Bezos is worth nearly $200 billion.

The majority of online shoppers use their desktop to make purchases on Amazon.

The preferred method to shop on Amazon is desktop, with 64.9% of online shoppers using their computer to buy an Amazon product. Exactly 16.6% use the mobile site, and only 13.3% use the Amazon app.

Amazon is the leading vendor in global smart speakers.

Echo's voice-activated assistant, Alexa, gives users the opportunity to buy products on Amazon and check their order status using only verbal commands. An estimated 10.8% of online shoppers used a smart speaker to make a purchase in 2020.

Pet supplies are the No. 1 subscription category on Amazon.

As of July 2021, Amazon employed an estimated 1 million U.S. workers, totaling about 1 in 169 American workers. Amazon is the second-largest employer in the country (Walmart is the first).

Fulfillment by Amazon (FBA) was launched in 2006. It's now used by millions of Amazon sellers around the world. Under this system, sellers have their products stored at Amazon fulfillment centers. Amazon then packs and ships the products.

FBA has grown in popularity since it first launched. To date, the number of sellers worldwide enrolled in the FBA program numbers about 2 million.

In 2020, nearly half of Amazon sales were third-party.

Many people assume that the bulk of Amazon sales are overwhelmingly first-party, coming directly from Amazon. In fact, in 2020, nearly half of the e-commerce platform's sales came via third-party sellers.

Worldwide, Amazon has 6.4 million sellers, and an estimated 1.5 million of those are active sellers.

Most new sellers on Amazon are U.S.-based.

In 2020, 1.3 million new sellers joined Amazon Marketplaces globally. Of those, 13.8% registered through the U.S. platform (Amazon.com). The Indian platform (Amazon.in) was a close second, with 12.1% of new marketplace sellers in 2020.

Exactly 49% of Amazon sellers are in the U.S.

Amazon has steadily expanded its offering of "private label brands" or "store brands." These are brands manufactured by a third party but sold under Amazon's name.

One of the most popular brands Amazon has created is Amazon Basics.

Other popular Amazon brands include:

The COVID-19 Pandemic's Impact on Amazon

Amazon saw sales increase by as much as 60% during peak months of the pandemic.

Amazon saw substantial growth during the COVID-19 pandemic, as retail moved largely online due to stay-at-home orders, global lockdowns, and consumers’ fears of infection. Consumer spending on Amazon from May to July of 2020 skyrocketed by 60%.

In 2020, Amazon’s Prime Day was pushed to October due to the pandemic.

Due to obstacles the world was experiencing during peak months of the COVID-19 pandemic in 2020, Amazon pushed Prime Day to Oct. 13 and 14.

As the pandemic drove more consumers online, Amazon saw a 220% increase in profit.

COVID-19 caused a boom in online shopping, and Amazon benefited tremendously. Year over year when looking at Q1 in 2020 and 2021, respectively, Amazon saw an increase in profit of 220%.

Shoppers aged 45 to 64 spend the most on Amazon.

Within this age bracket, the majority of Amazon users are married, college-educated, and have children.

The average Amazon buyer is a woman who earns at least $80,000 annually. This average customer orders one to two items in a single transaction. However, she makes a significant number of individual transactions every year — 74 orders in total.

The average Amazon shopper has an above-average household income of $84,449 per year.

The average U.S.-based Amazon Prime subscriber spends $1,400 per year. In contrast, non-Prime members based in the U.S. spend only $600 per year.

The cost of an Amazon Prime membership has increased.

How Many Products Are Currently Available on Amazon?

Amazon sells more than 12 million products online, covering a range of categories from pet food to clothing, furniture, and more. The variety of products is one reason for Amazon's popularity.

There are more than 6 million e-books on Amazon.

Amazon got its start as a book retailer — and it's still a strong contender in the publishing space, especially with e-books. The Amazon store has more than 6 million Kindle e-books.

While exact figures vary (since Amazon is constantly updating its offerings), Prime subscribers can access an estimated 18,400 movies for free on the streaming platform. Prime Video also has approximately 2,200 TV shows.

Amazon posted record-breaking sales of $9 billion for Black Friday in 2020.

The 2020 shopping season was the biggest in history for Amazon (likely in part due to the push toward online shopping because of COVID-19). The e-commerce giant reported Black Friday spending of $9 billion, a 22% year-over-year increase compared to 2019.

In 2020, Amazon posted an annual review of some $404.44 billion, which would make the average daily sale a rough $11 million per day. Black Friday figures of $9 billion are, thus, well above the daily average.

Independent sellers made $4.8 billion in sales on Black Friday in 2020.

Independent sellers surpassed $4.8 billion in sales in total. 71,000 small and medium-sized Amazon sellers netted sales of $100,000 or more during the Black Friday to Cyber Monday shopping season in 2020.

Q4 is the most profitable period for retailers.

Prime Day 2021 was the biggest two-day period ever for third-party sellers.

On Prime Day, more than 250 million items were purchased worldwide.

Amazon has acquired numerous companies as it has grown. Here are some of the highlights:

Amazon’s largest acquisition to date is Whole Foods in 2017.

In Which Countries Does Amazon Operate?

The retailer ships to more than 100 countries and has dedicated sites in the following countries:

Below is a closer look at the top markets:

Most Popular Items Sold on Amazon This Year

Amazon has a dedicated bestsellers list that is updated regularly.

Amazon sells a huge diversity of products covering diverse categories. Of course, not all categories sell equally well. These are some of the best-selling product categories on Amazon in 2021:

In 2020, Amazon seized 7.7% of the global market share in online retail. This made it the leading e-commerce retailer of the year.

In the e-commerce field, Amazon has a 38.7% market share in the U.S. The online stores of Walmart and eBay come in a distant second and third, with 5.3% and 4.7% market share respectively.

In 1997, three years after its foundation, Amazon went public. At the time of the IPO, a single Amazon share cost $18. Today, one Amazon share runs $3,312. If you had bought one share of Amazon in 1997, you would have made a return on investment of approximately 18,200%.

Learn More About Your Favorite Retailers.

There's no doubt about it: Amazon is a giant when it comes to the e-commerce space. If the stats above are anything to go by, the online retail giant can expect further growth in the years to come. You can keep abreast of the latest Amazon stats and get information about all of your favorite retailers via CouponFollow.

This page is based on research from CouponFollow, as well as a number of other reports from notable sources listed below: