The Ultimate Guide to Cybercrime, Privacy, and Staying Safe Online

Have you taken the time to protect yourself from cybercrime? From identity theft to targeted cyberstalking, cybercrimes are about as varied as in-person crimes. Unlike in-person crimes, cybercrime can happen without the victim even knowing or noticing, but they can still affect their relationships, finances, and emotional well-being. Online shoppers are often a big target of cyber thefts, and as we move more towards e-commerce everyone is a potential target.

Unless we take the time to learn how to stay safe online, we might fall victim to a variety of cybercrimes. Let’s look at the different types of cybercrimes and discuss some online safety tips for protecting yourself.

There are several unique types of cybercrimes, but they often fall into these categories:

In the 1990s, hacking was often the biggest concern in terms of cybercrimes, but today, online crimes are varied, creative, terrible, and dangerous.

Here’s a helpful list of cybercrimes by type along with popular hacker words and lingo.

How to Protect Yourself Online: 20 Internet Safety Tips

Only you are in charge of protecting yourself online. Learning about these trends and buzzwords is the first step, but here are some real, actionable steps you can take to avoid getting hacked or having your data stolen.

1. Don’t Use the Same Passwords for Everything

According to Google, 52% of users reuse the same password for multiple accounts, and 13% reuse the same password for all accounts. This opens up a lot of users to attack. A password manager like Dashlane or LastPass may help you to keep all of your passwords straight. If you don’t feel like paying, simply not repeating your passwords is how to protect personal information online in a very simple, actionable way. See more tips from the U.S. government on creating better passwords.

Public Wi-Fi exposes you to many types of attacks.

It’s a pretty complicated topic, but basically, a VPN will help hide a user’s IP address in the hopes that businesses, hackers, and people can’t trace someone’s location. A VPN can also help a user circumvent censorship, get around geo-restrictions, and stay anonymous. They usually include data encryption, too. An example of a VPN is NordVPN software, which is available to consumers.

While operating systems like Windows now have built-in firewalls, adding a layer of security on the network level may still be worth your time.

Two-factor authentication (2FA) is all the rage right now. It usually requires two of these three things: a code (like a password), a piece of hardware (like a cellphone text), or a biometric scan (like Apple’s Face ID). That means that hackers can’t access your accounts with just your password. You can use them for numerous apps and social media accounts.

Downloading a verified ad-blocker as a browser extension not only gets rid of really annoying ads but speeds up your browsing and potentially defends you against malvertising. You can always allow specific pages that you know you can trust later.

7. Back Up Your Data

If someone were to use ransomware to lock up your data, what would you do? It’s best to have multiple copies of your important data in secure locations, whether it’s in the cloud or on a physical hard disk.

8. Use an Antivirus and Anti-Malware Program

But you don’t necessarily have to pay for it. Windows Security, which is built in, is on par with Kaspersky, McAfee, and Norton. The addition of a anti-malware program might be a good idea to add that extra layer of protection, though. When selecting premium anti-virus software, be sure to first look for coupons. Here are some options:

Dealing with online harassment can be rough, but this quick change can protect you or your children from cyberstalkers. Turn off your GPS on your Android phone or iPhone.

Make sure you have complete knowledge of your child’s online behavior, including tablets, phones, and computers. There are dozens of types of parental controls you can use to block information, contacts, and/or purchases. Also, be sure to teach children safe online surfing practices and to not talk to online strangers.

11. Be Careful While Shopping

Don’t make purchases on public Wi-Fi, be sure to only put in your payment information on sites beginning with https://, and consider using a trusted service like PayPal.

Small-business owners or freelancers might want to consider paying for software to encrypt their local hard disk. Whether or not it’s worth it depends on the kind of work you do.

13. When in Doubt, Check the Domain

The rules of recognizing fake news sites also apply to online shopping, surveys, and any other phishing schemes.

15. Don’t Fall for Calls, Emails, or Texts Asking for Information

People don’t always get hacked by giving out personal information on the Internet: Sometimes, they fall for social engineering tactics via texts, phone calls, and spoofed emails that mimic real sources, such as people providing aid after natural disasters, political survey collectors, and the IRS. Keep in mind that the IRS does not call to demand payment over the phone, for example.

One of the best ways to keep an eye out for identity theft is to check your bank account for fraudulent purchases as well as your credit report for unauthorized loans taken out in your name. You’re allowed one official free credit report per year, but beware of impostor websites offering a free report and asking for your Social Security number.

17. Do Those Annoying Software Updates

Windows updates, for instance, provide firewall and antivirus improvements. Ignoring them for long amounts of time will put you at risk. Actually do those pesky updates; don’t ignore them for long periods of time.

Cookies are one of the biggest factors impacting your privacy. Go into your browser and delete your cookies from time to time, as that’s what many companies use to track your behavior. If you want a more extreme solution, you can set up your browser to have a Do Not Track function by downloading Privacy Badger. Firefox also offers built-in tracking protection.

While we’re on the topic of browsers, make sure no bloat has been downloaded, as browser hijacking can lead to some nasty stuff.

Often, our online privacy and security suffers because of what we share with the world ourselves, so definitely check to see how much you’re sharing and with who:

Do this before you have an issue with a cyberstalker or harasser.

A Note About Cyberbullying and Social Media Safety

About 37% of young people between the ages of 12 and 17 have been bullied online, and only one out of ten teen victims will inform a parent or trusted adult. Cyberbullying has unfortunately become a hot new buzzword, but it leads to real, terrifying mental anguish. Students who are targets of cyberbullying are at greater risk of self-harm and nearly twice as likely to attempt suicide. It doesn’t only affect young people, either, with about 40% of adults experiencing cyberbullying. If you’ve been affected by cyberbullying, here are some online safety tips for handling and processing it:

Hopefully, with some of these steps and online safety tips, you can protect yourself from some of the worst forms of cybercrime. Keep in mind that your emotional and mental health is as important as your finances, and do what you can to protect it. 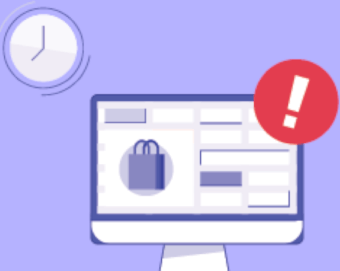 easy reads
Protecting Your Identity While You Shop 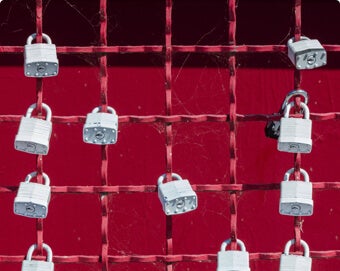 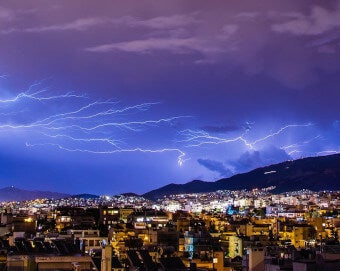