Government employees had a rough time during the longest federal government shutdown in U.S. history, from Dec. 22, 2018, to Jan. 25, 2019 (a total of 35 days). Furloughed federal workers had to cope with a month’s worth of missing pay, which is a huge problem considering that about 78% of American workers live paycheck to paycheck. About 800,000 people were affected, leading to the sharing of #ShutdownStories on social media. Luckily, many lenders were offering special deals on loans for furloughed workers, but now, many of those loans will have to be repaid.

Many furloughed workers haven’t fully recovered, and that’s why we’ve compiled a federal employee discounts list so that federal workers can save money and have an easier time getting back on their feet after the shutdown. And with the possibility of more shutdowns on the horizon, federal employees need resources for catching up and spending wisely. Here’s our helpful list of federal government discounts and tips!

During the shutdown, more than 150 banks and more than 500 credit unions offered loans for federal employees with lower rates and waived fees. The Congressional Federal Credit Union offered lines of credit, and many of the major banks, like Chase and Wells Fargo, promised to work with individuals dealing with missing income. If you or a loved one didn’t take advantage then, try talking to these companies now.

Some employees were even able to file for unemployment. Often, that wasn’t enough, however, with quite a few workers creating GoFundMe pages despite the fact that the Office of Government Ethics (OGE) has since claimed that that is an ethics violation, since this would technically be accepting gifts from the public. Simply put, anything offered to the general public or all federal workers is acceptable, but help offered to specific employees is generally frowned upon.

Unfortunately, a lot of the special deals, fee waivers, and even charitable aid have dwindled since the end of the shutdown, but that doesn’t mean federal workers don’t still need help.

But what can workers do now to recover? 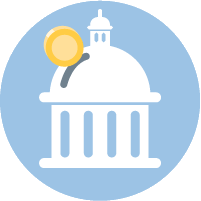 Keep in mind that military members and their families often have access to far more deals than civilian agency federal workers. Check out our helpful military deals guide if you’re part of the armed forces.

Need to buy some tech? Most ordinary workers outside of the military don’t realize that there are dozens of post-shutdown federal government employee discounts. List out the best tech options, and then go in to see whether or not there is a special discount with that company. Many tech giants offer deals for local, state, and federal government workers, not just the military or veterans.

Federal Discounts on Computers and Devices

Shave hundreds of dollars off of laptops, smartphones, computers, software, and more by doing a bit of research and finding special deals on devices.

Not only can you pay less for your device, but your monthly plan doesn’t need to be as expensive. If you haven’t done so already, check with your cell phone provider to see if you can pare down your bill.

Planning on a trip for business or pleasure? There’s no reason for a federal worker to pay full price for it with thousands of dollars in deals for hotels, transportation, leisure activities, and entertainment available. While moving about for work, keep in mind the official regulations for federal employee travel, such as temporary duty (TDY) allowances, per-diem rates, and the FedRooms program. Consider downloading the GSA app to keep track of expenses. But if you’re traveling for pleasure, that doesn’t necessarily exclude the possibility of getting a discount for travel.

With thousands of hotels that offer special rates, discounts, and deals on hotel stays for government workers, why ever pay full price? Often, you can grab special rates whether or not you’re traveling with your agency for business. If you are booking for business rather than pleasure, remember to check the GSA site to find official lists of per-diem rates. Look up rates using these massive hotel chains when you’re planning your trip:

Most of the major rental companies offer a federal employee car rental discount for official business travel, but see if you can find ones that offer good deals for leisure as well!

While there are fewer vacation deals for federal workers than military members (who can go to national parks for free), there are quite a few places where you can check for discounts. Check sites like GOVX, GovArm.com, and FedCruise.com, which specialize in government worker vacation deals. Also, see if your agency is listed on TicketsAtWork.com.

Dozens and dozens of businesses, from restaurants to yoga studios, offered aid, discounts, free stuff, and deals during the shutdown. Now that the shutdown is over, however, that doesn’t mean there aren’t federal employee discounts: 2019 still has a lot to offer in terms of post-furlough federal discounts and coupons. Check the helpful site ID.me to see what you can get with your official government identification.

You can also slim down your commuting costs. One strategy might be lowering your car insurance or car payment. Car companies like Volkswagen offer discounts for government workers, and other companies, like Hyundai, offered payment relief during the shutdown. Another strategy might be to try public transit or see what sort of reimbursements or transit subsidies your agency provides.

Children may have had a difficult time during the shutdown, suffering from the effects of higher levels of stress, missed daycare payments, and overwhelmed childcare centers. If your normal situation has gotten wonky, consider shopping for a new daycare provider or trying some of these solutions:

You might think that there are no more discounts to use, but not so! Besides the few listed here, there are still more; just remember to ask and present your ID, and you’d be surprised how many small, mom-and-pop, local businesses are still helping people get back on their feet. Just ask!

If you don’t see any discounts for something you need to buy, remember that you can always find amazing deals and coupons for everyone with CouponFollow!