The Ultimate Savings Guide for Beginner Photographers: 50+ Tips and Resources

Wondering how to save money while getting started with photography? The tips and tricks here can help: This is a beginner’s guide to photography aimed at bringing novices to a higher level without breaking the bank. We’ve outlined all the ways you can save while getting into photography as well as some digital photography basics to help you get started on your own. We’ll give you plenty of tips for saving and then go through some of the basics of how to get started in photography. It’s important have some cursory knowledge of photography so that you can decide on what sort of equipment you’ll need as well as how to take care of it, so that you’re not constantly buying and re-buying equipment. But there are many aspects of photography that might cost money, from creating prints to setting up your website, and we’ve covered it all here. We’ve also highlighted some of the best photography classes as well as tutorials and other places where you can learn. Here are some great resources that will help you take your photography game from zero to hero!

Tips for Saving on Your Photography Hobby

Photography can be an expensive hobby, especially as you’re moving from being a beginner to more of an intermediate photographer. Tips for saving money may include methods for saving on your first camera, ways to create your own DIY light equipment, or advice on how to set up your own website. We’ve covered a lot of bases here, including dozens of tips to help you no matter how far along you are in terms of experience.

Save on Your Camera Gear

Save on Other Types of Photography Equipment

Save on Software Options

Tips for How to Use Photography Equipment

It’s a good idea to learn key terms and perhaps even take some courses on digital photography for beginners before actually making your big purchases. You’ll need to learn what you need as well as how to take care of it before you invest hundreds or even thousands of dollars. Here’s a very basic rundown of need-to-know photography terms and history as well as a few notes on how to take care of your equipment.

Understanding photography requires some terminology and cursory knowledge. It’s important to get that knowledge before you start spending the big bucks on fancy equipment. But don’t get overwhelmed; you’ll likely learn a lot of these terms naturally as you learn how to do photography. Guide yourself through these camera basics so that you can move on to actually working with your hands!

Examples of How to Use Your Camera

Here are some ways to use this fancy terminology to help you decide on real-world purchases and take better pictures:

A Brief History of the Camera

Another easy way to further your photography education is to learn about the history of the camera. Here’s a brief history to get you started:

The modern camera as we know it today was invented by Joseph Nicéphore Niépce. He developed the machine that created the first permanent photograph in 1825. Before then, the camera obscura and the pinhole camera were used effectively for hundreds of years. 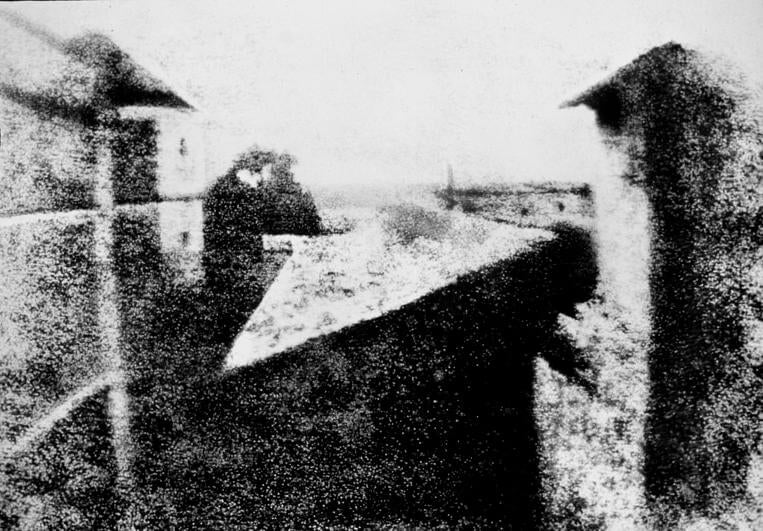 This is the first-ever photograph. It was created after an eight-hour exposure on pewter that was coated with asphalt.

Later on, during the Victorian Era, photographs were done by professionals on dry plates or silver-plated sheets of copper. Those early cameras were operated by a professional working fast with dangerous and expensive equipment, and they were only really available to the upper middle class and elite classes.

The first modern box camera that used film and could be purchased cheaply by anybody was George Eastman’s Kodak camera, which was introduced in 1888. Eastman went on to introduce an even more popular product in 1900, known as the Brownie, which sold for a dollar.

Many modern photography classes require students to learn how to use traditional film for a variety of reasons, but most photographers use digital imaging technology in their everyday lives. But knowing a little bit of how we got from pinhole cameras to what are essentially complex computers can help a photographer learn how a camera works. This can help you take better and more complicated pictures. (Learn more about the history of photography with this podcast!)

Only you can decide if you want to take this hobby and turn it into a professional side gig. But regardless of where you are in the process of becoming a photographer, don’t forget to have fun, not stress, and enjoy yourself! We hope you enjoyed this beginners’ guide to saving on photography.