What is Walmart Deals for Days?

Black Friday is a bargain hunter’s paradise — but it can also be stressful. Even if you take time beforehand to do a lot of research, it can be difficult getting to every single site or store you want to hit over the course of a single day.

That’s why Walmart introduced its Deals for Days event.

Walmart Deals for Days takes a little bit of chaos out of Black Friday by splitting up one day of immense savings into three separate sales. Each sale focuses on a particular area, and it makes holiday shopping a lot easier.

But there are a few things you need to know about Walmart’s Deals for Days — including ways to get early access to top Black Friday deals.

When is Walmart’s Deals for Days? 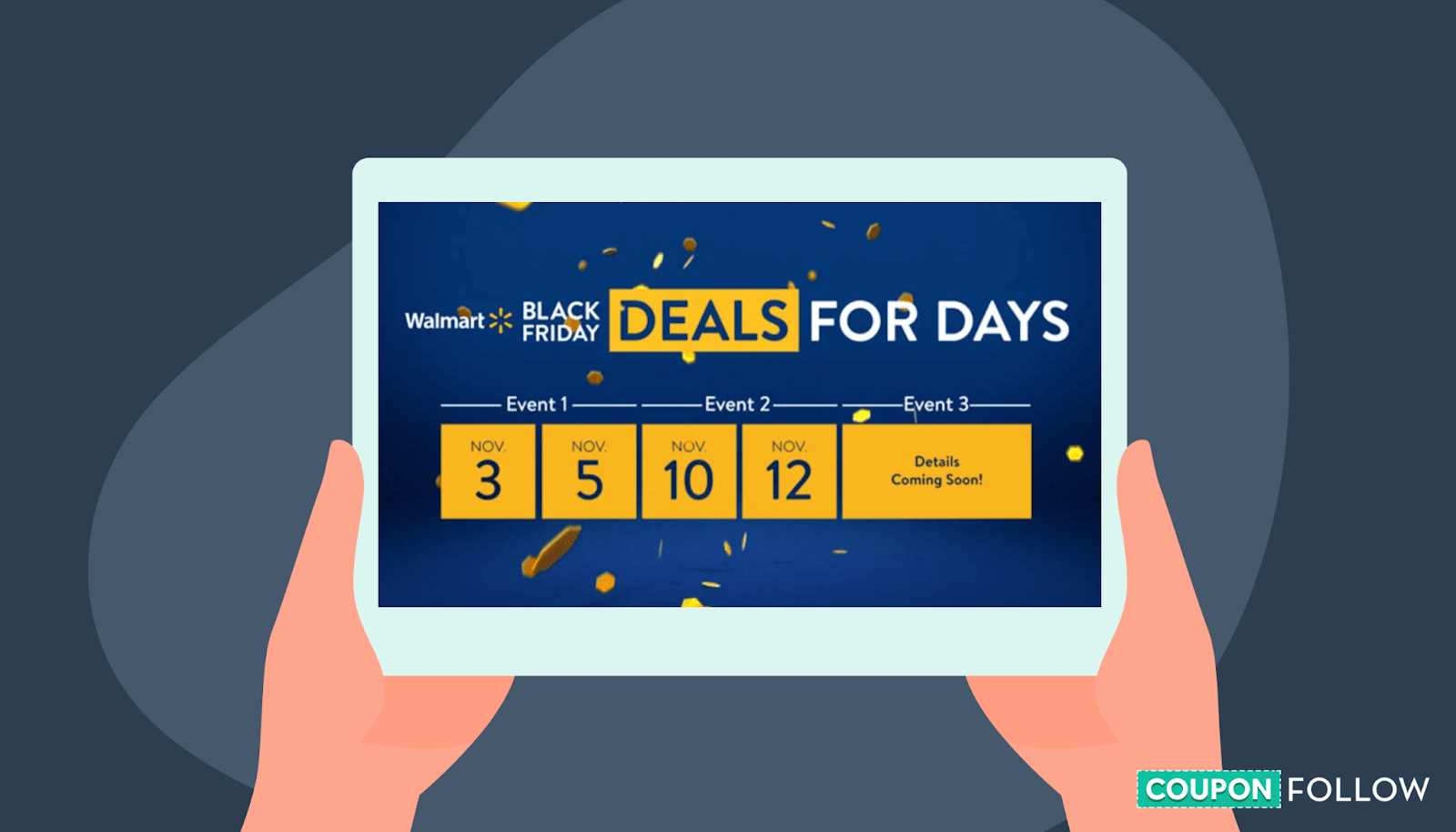 Walmart’s Deals for Days is a major sales event that now takes place every November — but it’s still a relatively new initiative.

Retail giant Walmart launched the Black Friday Deals for Days program in 2020 as an experiment. That experiment’s goal was to redesign the way Walmart shoppers get the biggest and best Black Friday deals to maximize safety and convenience for customers and employees.

Deals for Days is all about spreading the chaos of Black Friday over the course of multiple days throughout the month. Instead of one day of rock bottom prices, Walmart now splits its big sales across three separate events.

New this year, Walmart’s “Black Friday Deals for Days” events will begin on Walmart.com every Monday in November, giving customers an exciting reason to look forward to the start of the work week.

What’s on sale at Walmart’s Deals for Days? 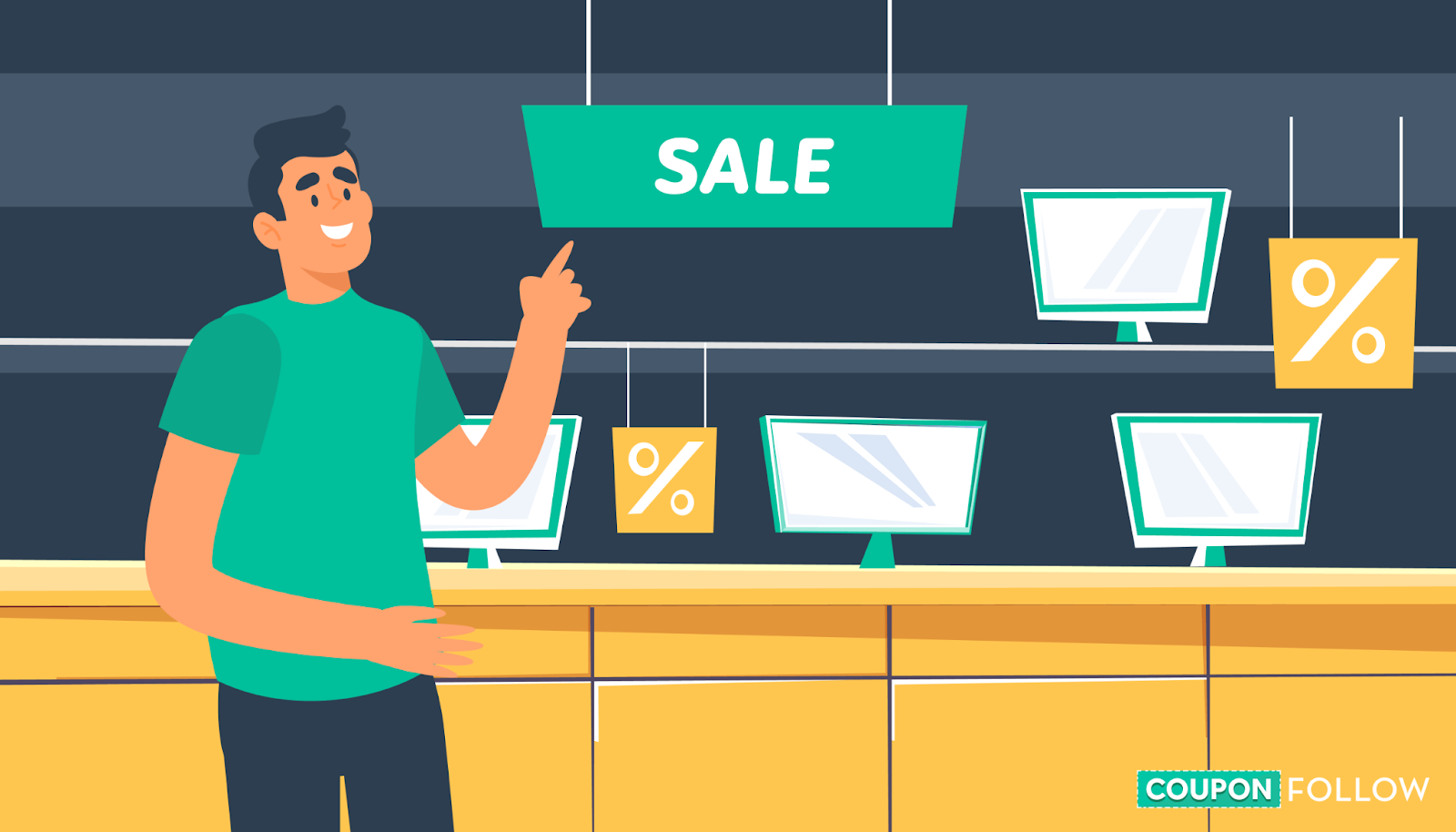 While 2022 deals have yet to be released, 2021’s Deals for Days should give us a pretty good indication of what’s on the horizon for this November.

To help prepare you for Walmart’s 2022 Deals for Days event, let’s break down how the 2021 event was organized and the best deals on each sales day.

Over the past two years, Walmart’s first Black Friday event has always focused on kids’ toys and big electronics. Online sales started on November 3 in 2021, which gave customers early access to deals like a 55-inch TCL 4K Roku TV for $228 or a Keurig K-Compact for $35.

On the toy front, one of the headline deals for 2021 was an L.O.L. Surprise! Amazing Surprise Doll set for $64.

Although it focused on toys and electronics in 2021, Deals for Days Event 1 also includes Walmart’s annual tire savings event.

The key deal in 2021 was $20 off Goodyear tires, including a free tire balance.

After two days of exclusive online sales, Event 1 then went into stores on November 5, 2021.

Walmart’s second Deals for Days event for November focuses on both kids and adult clothing and apparel, various home goods, and hardlines. Event 2 started on November 10, 2021.

That makes “softlines” stuff like clothing, accessories, and other linens.

In 2021, some of the headline deals were a Blackstone 22-inch Griddle with a hard cover and carrying case for $117. During Event 2, Walmart was also selling its HP i3 Laptop for just $279 and the Shark EZ Robot Vacuum for $288.

After two days of exclusive online sales, Event 2 then went into stores on November 12, 2021.

While Walmart’s first two Black Friday events focus largely on specific areas or departments of the store, Event 3 is essentially the real Black Friday. That means the savings are a lot broader across the entire store — wrapping up a month of savings in the store and online.

Some of the top deals Walmart was advertising for its final Black Friday Deals for Days event included a Ninja 4QT Air Fryer for only $69, a Bounce Pro 14’ Trampoline for $184, and a 55-inch TCL Smart 4K UHDTV for $298.

If you want to map out your Black Friday deals, it’s important to remember that Walmart’s Deals for Days splits your savings across three events during November — and each event focuses on different deals.

In 2021, Event 3 started for online shoppers on November 22. The event’s deals then went into stores on the real Black Friday (November 26).

How do you find Walmart Deals for Days offers?

Once Walmart has launched its Deals for Days events, there are a few different ways you can find the top deals.

You can also track down the best Deals for Days offers using the Walmart mobile app.

Finally, you can find Deals for Days offers directly in your local Walmart store.

There’s a search feature on Walmart.com that lets you enter your zip code to look up the Black Friday ad for your local brick-and-mortar Walmart store. This should give you all of the most up-to-date details about your store’s Black Friday Deals for Days events and special offers.

It’s worth looking this up because Walmart doesn’t always price things the exact same way across all its stores. Every store manager is given a degree of autonomy regarding how they price items. That means you might find a totally different price for a TV in one Walmart store then you’re going to find at the Walmart across town.

How do you get the best deal at Walmart Deals for Days?

To get the best Deals for Days bargains, your first step is to make sure you understand what’s on offer at each event. That means doing your research and checking out Walmart.com beforehand to see what they’re promoting.

Going into a Black Friday event like Deals for Days knowing precisely what you’re looking for will save a lot of time and energy — not to mention money.

That being said, there’s one more trick to getting the best deal. That trick is to join Walmart+. 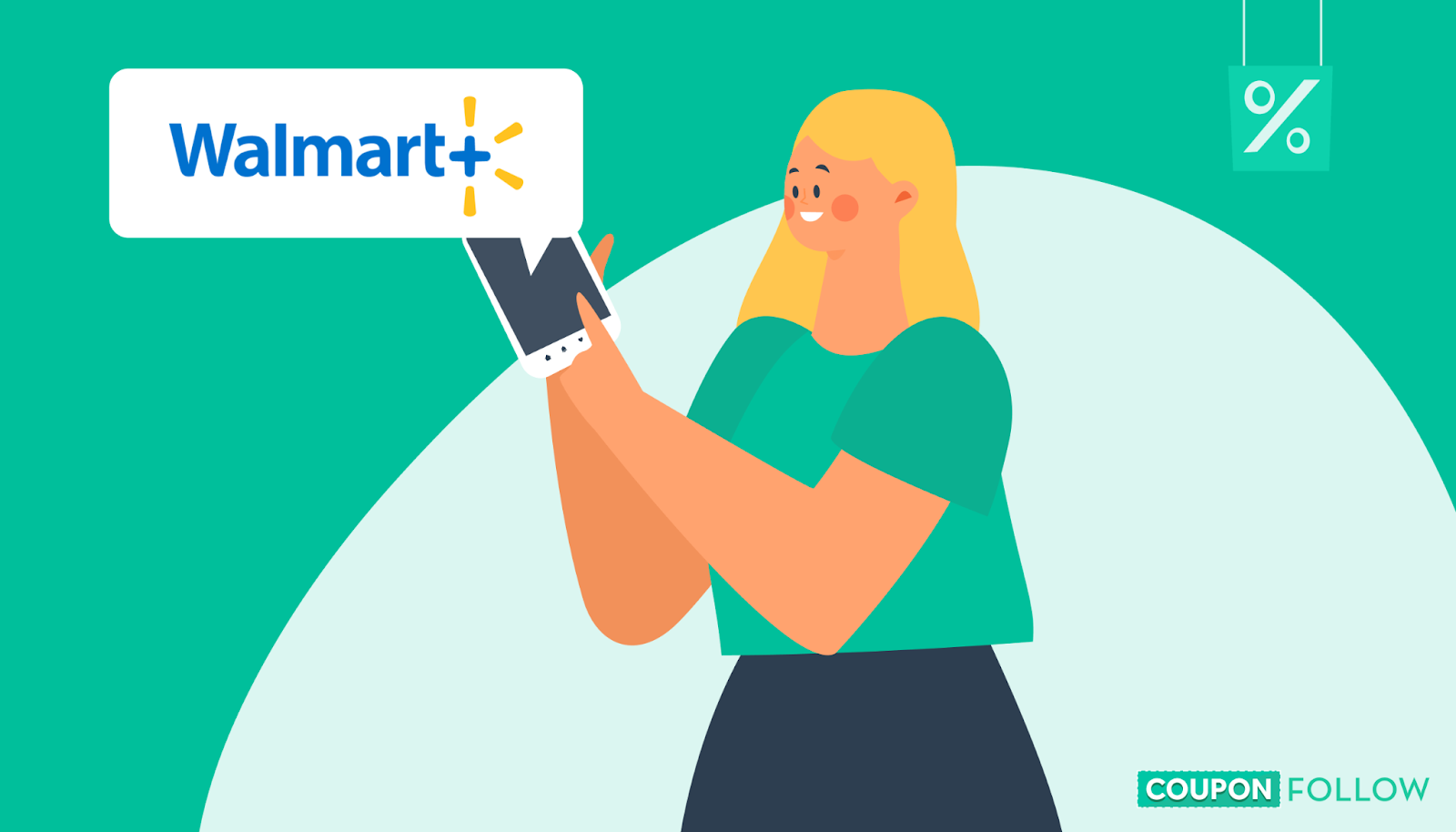 Walmart+ is basically the big box store’s answer to Amazon Prime. It goes hand-in-hand with a wide range of benefits, including free shipping on all orders, prescription discounts, fuel discounts, and more.

At the moment, a Walmart+ membership will set you back $12.95 per month or $98 per year — and with that fee, you’re going to unlock all the benefits we’ve already covered. But you’re also going to get early access before the start of each Black Friday Deals for Days event.

This is normally only a few hours’ worth of exclusive access. In 2021, Walmart+ members got access to Black Friday deals four hours before everybody else.

That means you’ve still got to act fast to get a headstart on all the other deal seekers out there, but every second counts when it comes to Black Friday.

If you want to map out your Black Friday deals, it’s important to remember that Walmart’s Deals for Days splits your savings across three events during November. Each event focuses on different deals, so you should benefit from a calmer and more convenient Black Friday experience.

But if you want to make shopping Deals for Days even easier, it pays to shop online. It pays even more if you’re a Walmart+ member — because you’ll get early access to all the best deals.

Ready to explore Walmart.com and start saving? Check out CouponFollow’s exclusive range of deals for Walmart.com.