The financial improvement desired by most Americans: reducing non-essential spending.

As culture compels us to examine our behavior with each turn of the new year, 2022 begs some pertinent financial questions. What are people’s biggest financial hang-ups in a year when economic turmoil is rampant, health is at risk, and entirely new forms of money (i.e., cryptocurrencies) are being invented seemingly every day? In the face of ostensibly impossible questions, we have data-backed answers.

After surveying more than 1,100 people across the U.S., we now know exactly what people’s financial strengths and weaknesses are in the face of the many economic challenges and opportunities of the present. We asked about their struggles, what they’re trying to remedy, and how each approach is working. If you’re looking to improve your own finances and want to learn from the experiences of others around you, just keep reading.

Our study kicks off by asking respondents to take an honest look at the specific financial areas in which they seek to improve. We asked how much they wanted to strengthen in general categories as well as specific improvements they intended on making. 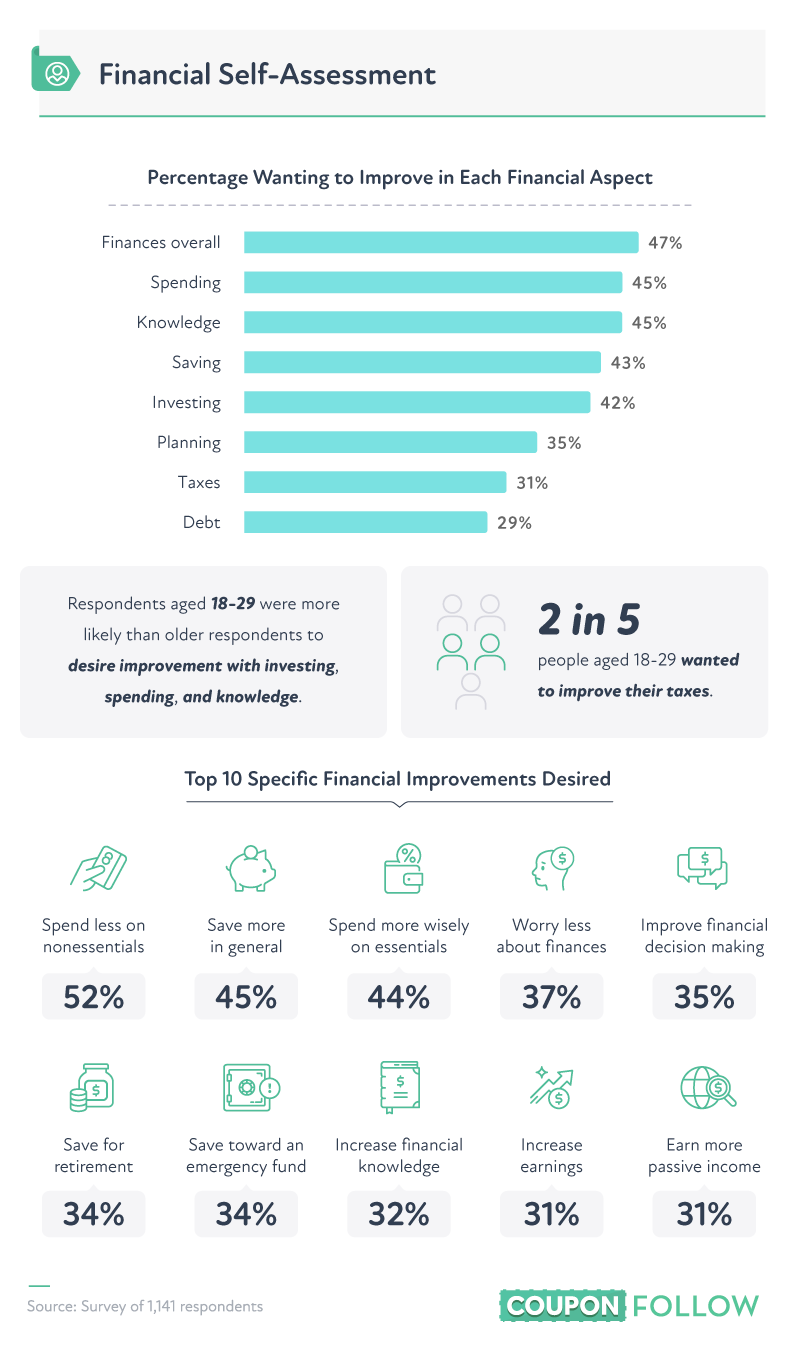 Apart from overall finances, spending was the biggest area Americans wanted to improve upon. The nation’s overspending problem is evidently mirrored by the habitual spending of its own citizens. In recent years, it’s thought that the average American will overspend by more than $7,000, often taking on additional debt in the holiday season. Forty-five percent also mentioned wanting to improve their financial knowledge in general apart from – or perhaps in addition to – the desire to stop overspending.

Spending on nonessentials was the primary category where respondents wanted to cut back. More than half considered this a desired financial improvement. By comparison, only 31% wanted to increase their earnings. This is likely the result of what’s known as the “wealth effect,” wherein a person tends to spend more as they make more, meaning they’re often not building wealth even as their salary increases. Fortunately, Americans are evidently aware that cutting back on nonessential spending is of primary importance.

Respondents were also asked to dig deep and honestly self-evaluate their biggest financial weaknesses. The most common ones, as well as the ones people felt most challenged to improve, are listed below. 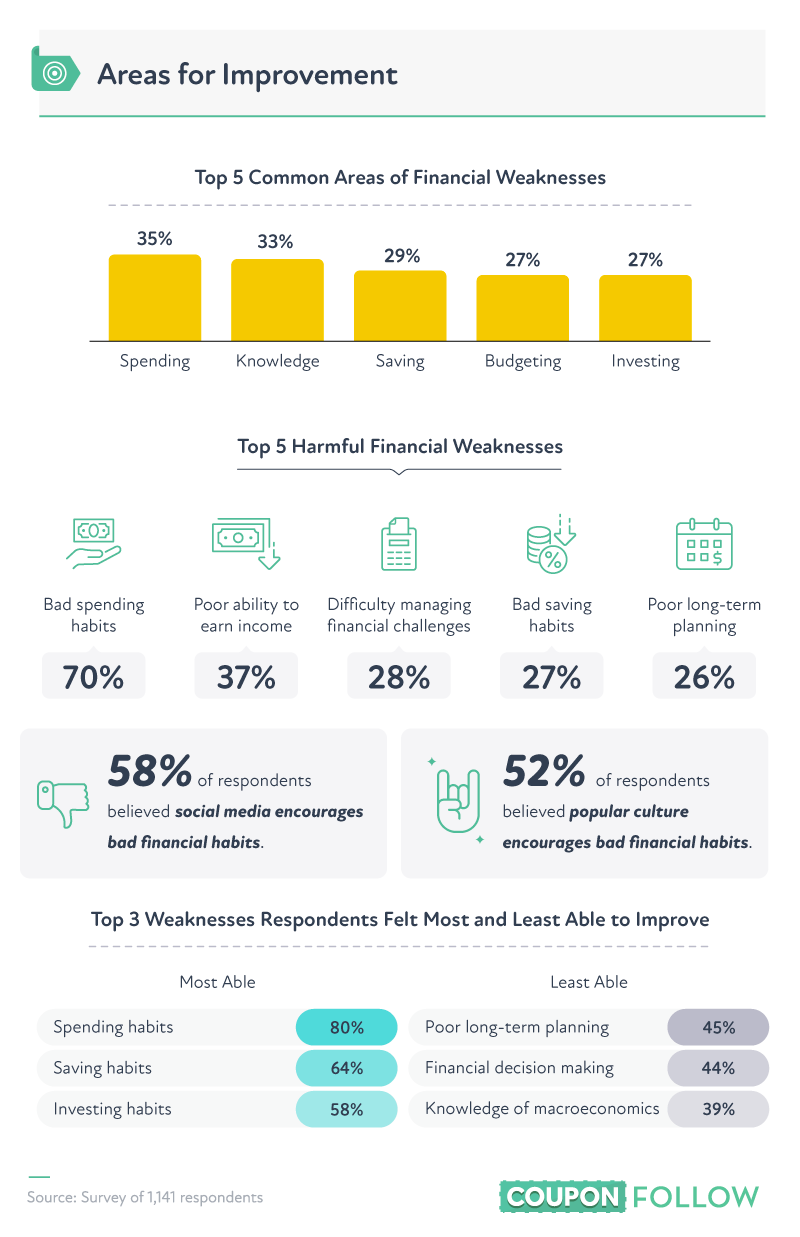 Unfortunately, the most common weak area (spending) was also the most detrimental one. Although 35% of people admitted to spending problems, the vast majority of them also rated this same habit as the single most harmful financial weakness. Considering they suffer from these weaknesses, it’s clear respondents were speaking from experience. Fortunately, 80% of respondents considered themselves fully capable of improving in this area. This optimism is encouraging, but it’s important to note there is often a psychological component behind overspending that may require addressing beyond simply deciding to stop.

Financial knowledge was also a self-reported weakness for a third of respondents, though very few considered this a major barrier to financial wellness. The money going out was a more concerning barrier for most than the money coming in. Spending and saving habits will ultimately be the name of the financial game for most rather than figuring out ways to increase annual income.

While respondents appeared ready for change, they did frequently mention some barriers to financial wellness. This piece of our study shares the most common barriers as well as the percentage of respondents who are able to say they’re putting consistent effort into each area of improvement. 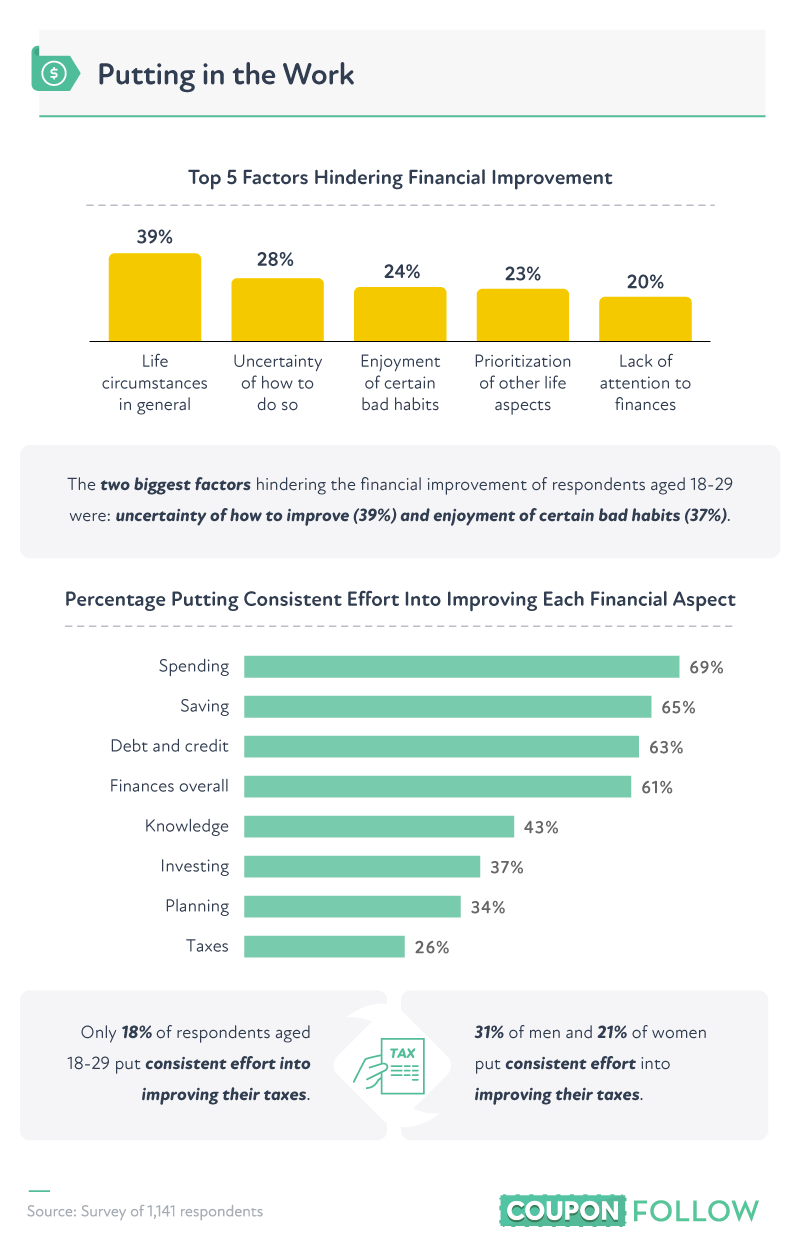 Thirty-nine percent blamed “life circumstances in general” as their primary barrier for financial improvement. While a person can choose to empathize or criticize with this statistic, it’s clear that many Americans feel there truly is something life-size holding them back from financial freedom. With so many Americans drowning in debt and facing rising costs of living, it’s easy to understand how they might feel right now. Another 28% said they felt confused and unsure of how to move forward. And nearly a quarter simply acknowledged how much they enjoyed their bad habits, the pure fun of which made it hard to stop – good news for them is studies show we may need both self-control and time to self-indulge in order to be happy.

But practice makes perfect. Nearly 70% had already begun putting a consistent, concerted effort into addressing their spending problems. Sixty-five percent said they were making consistent efforts to save (which is a goal for many Americans this year); 63% were working on their debt and credit issues; and 43% were even investing time into increasing their financial knowledge. Investing was a concerted effort for just 37%, which most financial experts would recommend for any and all financial situations.

Best and Worst Methods of Improvement

Not all efforts are created equal. This last piece of our study concludes on a particularly helpful note – one that shows the most frequently attempted tactics toward financial improvement as well as the ones people reported actually working well for them. 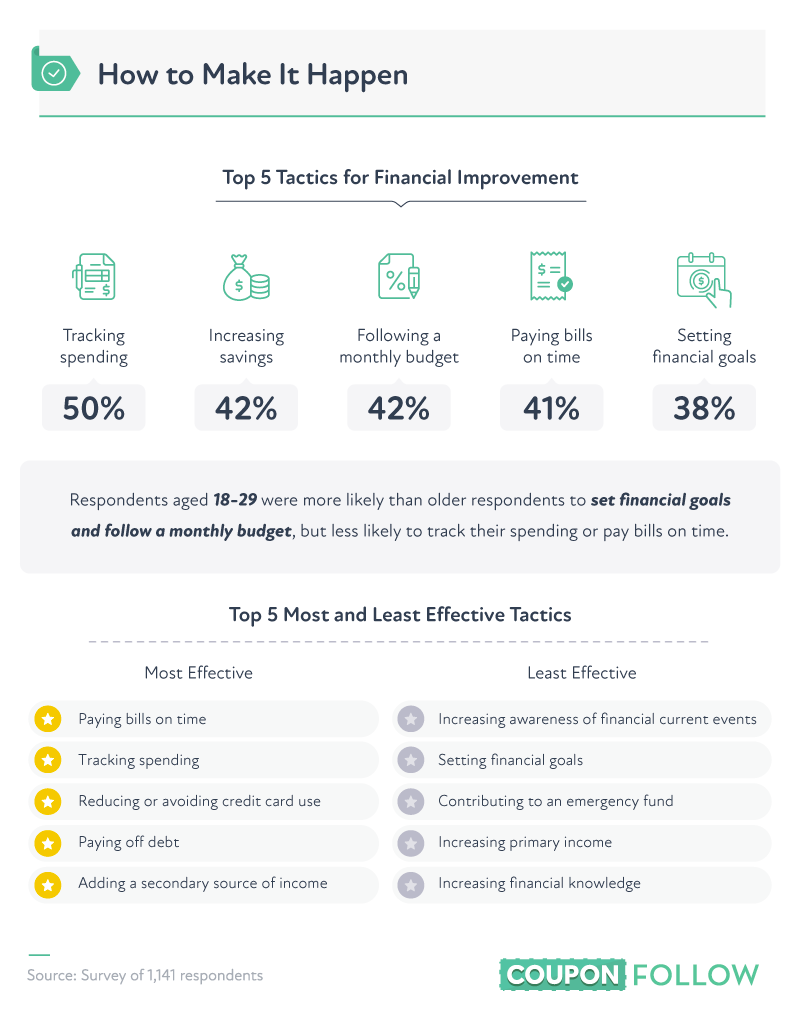 If you’re looking to improve your finances, you may want to start with simply tracking your spending. This is what half of Americans will typically try, but more importantly, it was among the most effective tactics. The only thing that people considered more effective (although only 41% actually attempted) was paying their bills on time. While many people tried following a monthly budget, it didn’t appear to be a particularly effective or successful endeavor for most.

Unfortunately, for those who attempted to educate themselves, increasing financial knowledge was often rated one of the least effective ways to improve financial standings. Perhaps the existing knowledge and awareness of strengths and weaknesses that they possessed was information enough to make progress. Americans also insisted that increasing their primary source of income was ultimately an ineffective method for progress, compared to tracking spending and paying bills on time.

The Road to Riches

As Americans move forward through 2022 amid a world of chaos, they have managed to find some strategy and some time for concerted efforts to improve their financial well-being. Most admitted weakness in the face of unnecessary spending and planned to cut back on some nonessentials. Many also decided to seek some new knowledge in the financial area, but what people ultimately found most effective was a reduction in spending.

However, respondents also mentioned one notable barrier: the fact that they enjoyed their “unnecessary” purchases. In a world hard-pressed for joy, we’d argue that some of this enjoyment-based spending may actually be essential spending. And CouponFollow would like to help. Every minute of every day, CouponFollow offers essential deals and discounts on your favorite items. From beauty to clothing to food and everything in between, CouponFollow can help you better enjoy the things you love while still working toward your financial goals.

Survey data have certain limitations related to self-reporting. These limitations include telescoping, exaggeration, and selective memory. We didn’t weigh our data or statistically test our hypothesis. This was a purely exploratory project.

Part of improving is effort and education. If you’d like to help with a little of each, you’re welcome to share this information. Just be sure your purposes are noncommercial and that you link back to this page when doing so. 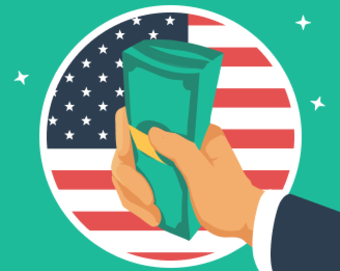 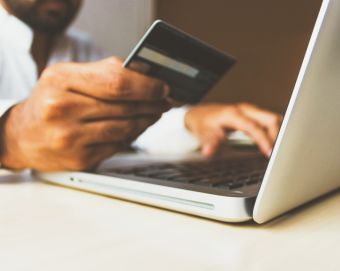 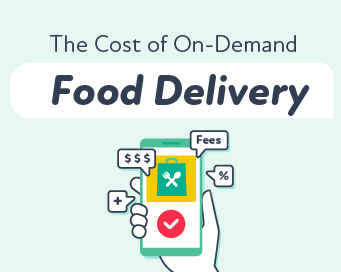