As the holidays approach, shoppers around the world are making their lists and checking them twice. From family gatherings at home to Secret Santa parties at work, finding the perfect gift can often wreak financial havoc. But it doesn't have to. There is one savings solution that's as time-honored as many holiday traditions: the coupon.

For over a hundred years, brands have considered coupons a valuable marketing tool — a currency of connection for attracting new customers and rewarding loyalty. The legacy practice of incentivizing through savings, which was first introduced by Coca-Cola in 1887, flourished throughout the 20th century and eventually made its way online, where it became a pervasive force in the e-commerce space.

While the coupon's core function has remained relatively static, it's form has evolved with each passing year. Today, many of the 80% of shoppers who use coupons have abandoned the clip-and-save variety for printable offers and on-demand codes.

This growing desire for deals has forced retailers to revisit their pricing strategy and increase discount offerings across all platforms. When, for example, was the last time you completed an online transaction without the option to include some type of promo code? Still, a surprising number of consumers miss out on opportunities for valuable savings — a challenge we've been working to solve since launching CouponFollow in 2009.

Spanning various retailers, including top destinations like Target, Groupon, Pizza Hut, and Hotels.com, almost every major retailer has instituted or tested some type of couponing strategy. With so many brands leveraging price reductions to gain market share, we delved deep into three months of data to determine which retailers offer the most valuable deals and discounts. Specifically, we focused on large companies that logged more than 200 transactions from users of our browser extension during a three month timespan, who range in age from 18 to over 65 — with the majority falling between the ages of 25 and 34 — and identify as both male and female (53% and 47%, respectively).

After careful analysis, we determined that online shoppers were able to secure a discount 38% of the time when using a coupon code. These coupon codes offer an average price reduction of 19%, which equates to a mean cash savings of $25 and an average cart total of $138 (post-reduction). This roughly translates to coupon codes being valid one in every three purchases and providing shoppers with a savings of 15% to 20% off the original listed price.

We were surprised to uncover that some retailers have begun offering reductions up to 90% of the time, with markdowns ranging in size and significance. For example, the promo codes used at Udemy — an online learning platform — fetch an average savings of 58.2%. Lesser known brands like Musician's Friend — an instrument and music equipment retailer — are discounting even deeper, delivering an average savings of $225 per transaction when a valid coupon is activated.

To ensure consumers get the best deals this holiday season, we've compiled our insights into a series of charts and visualizations that will help even the busiest of shoppers save time and money.

Looking at individual retailers can often be more informative than measuring a full dataset when assessing savings potential and discount probability. So we explored which stores offer the highest reductions most regularly.

By isolating the data, we found that shoppers receive a price reduction more than 90% of the time at the following stores: Blair, Woman Within, Puritan's Pride, and AutoZone. As a category, clothing retailers are most likely to offer savings. However, brands like Bath & Body Works, Vistaprint, and World Market — all of which honor coupon codes more than 78% of the time — prove that a progressive discount policy is not category specific.

The everyday consumer is likely more influenced by dollars than ratios and percentages, so we investigated which retailers offer discounts that provide the largest cash savings.

Musician's Friend leads the pack with an average discount of $225, far ahead of Pottery Barn Kids at the number two spot. West Elm, Neiman Marcus, and Bloomingdale's round out the top five, each doling out reductions of over $100 on average when a valid coupon is used. Keep in mind that brands often experiment with pricing strategies, so frequency of coupon success can fluctuate. Also, shoppers may encounter exclusions or exceptions — even when a code appears to be valid sitewide.

While an average discount of $50 may seem significant, one must compare the reduction value to the purchase price in order to calculate the true savings total. To identify which brands offer the deepest markdowns, we evaluated the data and rated the largest discount by percentage.

The online learning platform Udemy tops the chart once again with a hefty average discount of 58.2%. This makes sense considering the relatively low cost of scaling a digital information product. Clothing retailers such as LOFT and Lulus also offer large discounts (41.9% and 37.9%, respectively) that are far beyond the overall average discount of 17%.

Many factors play a role in a retailer's ability to offer discounts, including profit margins and business models. We analyzed savings by category to uncover which offer the largest and smallest reductions.

Retailers that sell products related to food, gifts, and home goods provide the most significant savings, with an average discount of more than 20%. Clothing and apparel retailers also offer large reductions, especially towards the end of a season to make room for new inventory.

SAVINGS BY CATEGORY: CLOTHING AND APPAREL

Since some industries offer more lucrative deals than others, we parsed through our data to compare discounts by category, starting with the one that delivers the most savings: clothing and apparel.

In this category, LOFT tops the list with an average discount of 41.1%, followed closely by Lulus, at 37.9%. One retailer that many shoppers may be surprised to see in the top ten is J.Crew — a brand that's historically been averse to coupons. With declining sales and a recent management overhaul, it appears the company has changed their tune and is now offering generous savings.

When we cast our net wider to include department stores, Kohl's leads the pack with an average discount of 36.1%. The nearly century-old retailer has a reputation for heavy reductions and, in many cases, even allows for coupon stacking — the combining of multiple retailer and manufacturer promotions. Conversely, Kmart is more conservative with coupons, falling just below Target at a surprisingly low average discount of just 11.7%.

SAVINGS BY CATEGORY: SHOES AND SNEAKERS

When analyzing shoe retailers for savings, Adidas comes in first, with an average discount of 23% — a full nine percentage points higher than their competitor New Balance. It's worth noting that many companies on the list, including Adidas and New Balance, operate full-service stores that sell more than just shoes.

Another category that offers substantial savings is custom printing. Both Shutterfly and Vistaprint boast an average discount of 26% — nine percentage points higher than the overall retail average of 17%. Zazzle — a platform for creating and printing customized products —comes in with a mean savings of 14%.

In the automotive category we found that Advance Auto Parts is the industry leader, with an average discount of 17.8%. This, however, is only a few percentage points higher than AutoAnything and AutoZone — both worthy runner ups. While none of the retailers in this category offer especially deep reductions, cost-conscious shoppers can expect to receive significant savings when using coupons at automotive websites, as these are often large ticket purchases.

Pizza has become a cultural phenomenon in United States, with the average American spending more than $37 billion a year on the cuisine. Not surprisingly, such high demand has created a slew of opportunities to save.

Our data shows that the average discount for both Papa John's and Domino's Pizza exceeds 25%, which is noteworthy when compared to other categories. Pizza Hut, on the other hand, trails behind by over ten percentage points. Unlike other industries, pizza chains often leverage regional events for special, time-sensitive deals. Papa John's, for example, shows their support for local sports teams through the provision of steep, citywide reductions.

The final category we explored was travel aggregation, where Travelocity takes the definitive lead. While Expedia and Hotwire appear to shy away from discounting, Travelocity offers coupons that can save consumers an average of 17.7%. This is particularly valuable, considering the category's high average checkout size. Although all three brands are owned by parent company Expedia Inc., Travelocity is the clear winner for budget-conscious shoppers, with coupon codes being applied during 49% of all transactions made on their platform during this period.

As technology narrows the gap between shopping and saving, consumers have become empowered in previously unfathomable ways. Our data-rich culture has created a demand for uncompromised transparency, raising the bar for retailers across every industry. This is evidenced in our findings, which show online shoppers secure a discount 38% of the time when using a coupon code and that the average price reduction is 19%, translating to a mean cash savings of $25.

With consumers getting a coupon code discount on over one third of their purchases, it's clear the current marketplace skews heavily in the consumer's favor and that brands can leverage savings to build meaningful relationships and strengthen their competitive advantage. 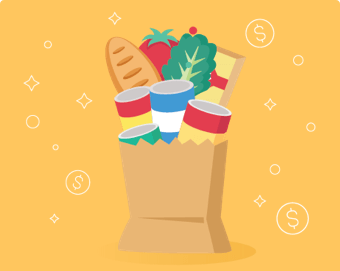 infographics
Where 30 Common Groceries Are the Most (and Least) Expensive 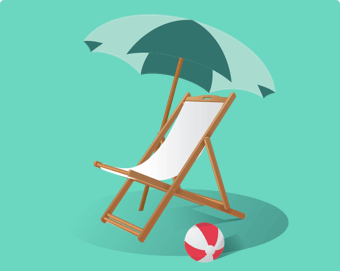 easy reads
Creative Ways To Save for Your Summer Vacation 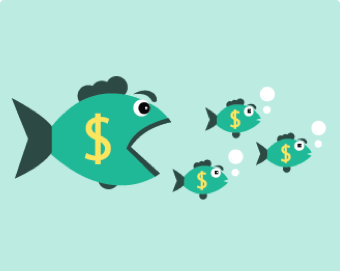