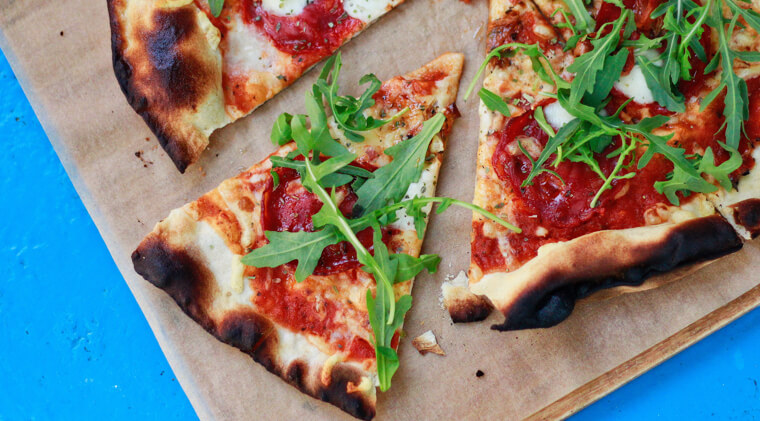 The Real Price of Pizza: How Much Do Americans Spend Per Square Inch?

Americans spend nearly $37 billion a year on pizza, and many companies want a slice of that pie. On any given day, about 13% of the population over the age of two is eating pizza, according to the USDA. We spend a lot on it.

So we set out to answer the question, “How much does a pizza cost per square inch of pie across America?”

Want to embed this infographic?

We started our pizza-filled data journey by analyzing the cost of a normal, run-of-the-mill, medium cheese pizza at the biggest pizza chains out there. Here’s what we found.

Pizza prices from franchises vary wildly depending on your location.

Where you live can have a huge impact on how much you pay for a slice at a major chain like Pizza Hut. Menu prices range anywhere between $8 to almost $20 for the same product from the same brand.

Silly Tip: If you want cheap pizza, don’t live in Hawaii! The price for the same Pizza Hut medium cheese pan pizza can be around $18.85 for Hawaiians while those in Arkansas have to only pay about $8.02. Domino’s pizza prices, on the other hand, stay fairly consistent in all 50 states, and you can snag a build-your-own, hand-tossed cheese medium pizza on the islands for about $10.90.

As such, if you look up “the cheapest pizza near me,” it may be Papa John’s in one town and Domino’s in the next. Side note: That’s why the LA Times created this helpful interactive pizza finder.

Sometimes, there’s a huge price difference even within the city you are in.

For example, the pizza pie prices in NYC can range anywhere between $10 and $23 and vary by neighborhood. In fact, a neighborhood pizza price breakdown has also been done for Chicago, Washington D.C., Philadelphia, and LA. Basically, if you’re living in a major U.S. city, the cost of pizza can be more than twenty bucks on one street and $10 on the next!

Alas, we continued to hunt for the cost of an average-everyday-medium-sized pizza at each major U.S. pizza chain.

Since there was such a big geographical disparity in pricing, to do a proper pizza price comparison we chose to focus on what’s often referred to as the most average city in the U.S.: Lynchburg, Virginia, which is average according to eight major metrics including population, population density, median age, median income, poverty rate, community, high school graduates, and postgraduate degrees. This can give us a better indication into what the average price for a lot of these major chains are; however, not all of these pizza shops are near Lynchburg, so we looked at data based on other nearby or comparable locations.

From there we narrowed it down to 8 top pizzerias and calculated what the average American will pay per square inch of pizza (showcased in the infographic above).

And… drum-roll please… The best overall value goes to Little Caesars coming in at just about 4 cents per square inch of pie!

For the three biggest chains — Pizza Hut, Domino’s, and Papa John’s — somewhere around $10 per pie is just about the norm (or around 9 cents per square inch). And in terms of “bang for your buck,” Blaze seems to be taking it away, but it’s important to remember that their slices are thinner and smaller than the rest!

Most pizza shops offer additional discounts, both physical and digital. We didn’t factor this into the infographic because of considerable variability, however discounts are often another big factor in how much you’ll pay for your pizza.

If you’re ordering in-store you may have a physical coupon, but often you’re at the mercy of the location to determine if it’s valid and the value. But when you’re ordering online you can often find nationwide pizza coupons for Pizza Hut, Domino’s, and Papa John’s in the form of a promo code. These codes are often valid for 10% off, all the way up to 50% off. In fact, our own research shows that the average discount for Papa John’s is above 28% off, bringing the cost of a Papa John’s slice down a good bit!

You can also save on your pizza order by using a delivery service like Instacart. You can currently get free shipping on your first order over $35 by using an Instacart promo code.

What about “mom and pop,” non-chain pizza restaurants?

The price of pizza at non-chains is typically higher, but still varies depending on the location. The average is somewhere between $9 and $16 for a VPN margherita pizza. (VPN stands for Verace Pizza Napoletana, an official certification given to pizzerias around the country.) Their average price for a margherita pizza is $13.21.

This huge study claims that the median price for a large pizza rages between $7.25 and $14, which may include more non-chain shops.

Speaking about mom and pop pizzerias, check out the SliceLife app, which is basically Seamless for local pizzerias. You can order from many local pizzerias with a few taps.

When asking questions like “How much is a medium pizza at Domino’s?” or “How much does a Little Caesar’s pizza cost?” there are considerable amount of variables. As with most economic answers, it depends; but after looking at all this data, there are some obvious trends. Specifically that $5 is really low and $20 is really high. You should expect an average of somewhere between $10 and $13 (and remember you’ll likely spend a lot more if you’re in Hawaii).

Remember: If you find the price of a medium pizza too high, try to snag a pizza coupon! Or better yet, let our automated shopping companion Cently do it for you. 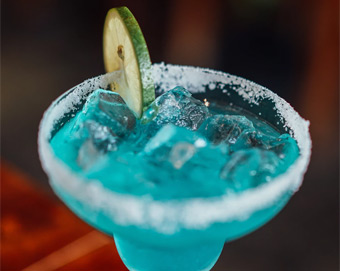